Premises Liability and the "Failure to Plan"

A New Theory of Liability
A confluence of recent events is creating the beginnings of a significant liability issue for building owners, premises owners and employers. The “failure to plan” is one of the newest theories of premises liability and it involves the need to rethink your safety signs and markings. This theory of liability stems from recent man-made and natural tragedies where lives were saved or lost based on evacuation planning that had or had not been done prior to the event.

The Duty to Plan
When Hurricane Katrina’s rains and tidal surge combined to overwhelm the levies built by the Army Corp of Engineers, the local, regional and national government’s “failure to plan” made headline news every day for weeks. Evacuation plans and routes were seriously lacking. The same “failure to plan” accusations were levied against cities in the Northeast when Hurricane Sandy brought unprecedented destruction to both coastal and inland regions. Where were the plans to deal with such threats? Why were people’s lives put at risk when proper planning could have lessened the loss of life? The result has been a growing legal theory of liability that holds those responsible for people’s safety with a duty to plan for emergency situations.

How Careful Planning Saves Lives
Lack of planning for evacuation was not a factor on 9/11. Most people are not aware that photoluminescent (glow-in-the-dark) evacuation path markings had been installed in the World Trade Center towers after the 1993 bombing (when a bomb planted inside a truck parked in the basement garage under the Towers disabled the electrical power supply and people inside the twin buildings took up to four hours to find their way out.) By 1995, every step in every stairway had its leading-edge painted with glow-in-the-dark paint and a wide 10” line was painted in the middle of every landing and down the length of the transfer corridors that linked each interior stairwell door along the escape route. On 9/11, nearly every building occupant below the impact zones was able to clearly follow the delineated path to the final exits within 48 minutes. Those responsible for safety in the World Trade Center had planned the marking of evacuation routes and in the studies that followed, their having done so played a significant role in saving people’s lives. 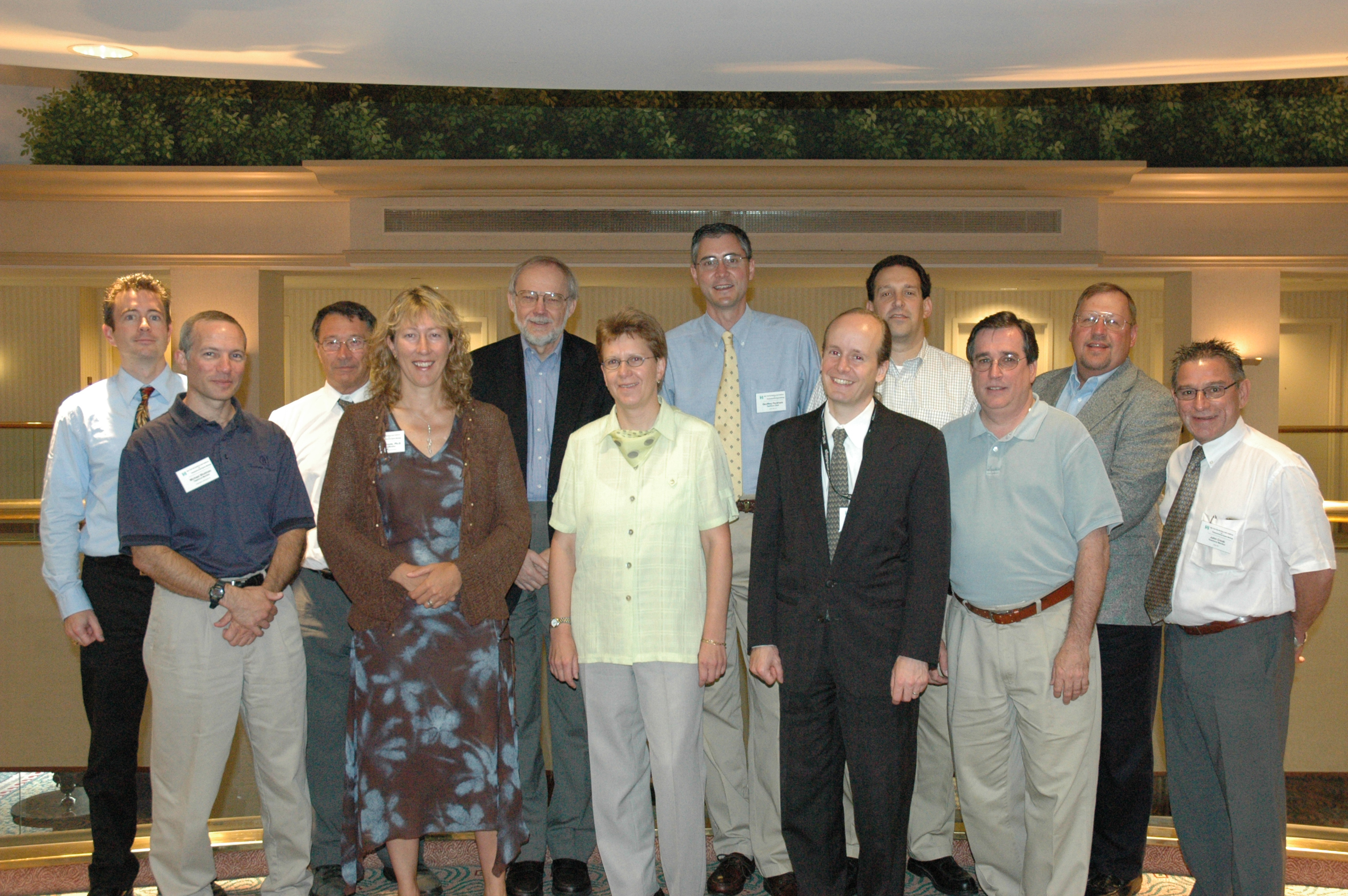 Clarion Safety and Leading Best Practices for Egress Safety
In the aftermath of the tragic events of 9/11, Clarion Safety’s founder, Geoffrey Peckham, led the expert taskforce that gave the New York City Buildings Department the recommendation that formed the basis for the City’s new building code that requires use of photoluminescent (glow-in-the-dark) stairwell and transfer corridor evacuation markings. This same egress path safety markings technology is now included in the U.S government’s federal GSA building code and in the National Fire Protection Association’s NFPA 101 Life Safety Code (which is the basis for most state building codes). Though still voluntary for building owners in most jurisdictions, the new evacuation path marking systems represent the new norm – the new bar – for best practices in the field of egress safety.

The new safety-grade, UL®-approved, photoluminescent materials used in the manufacture of these evacuation path markings allow them to brightly indicate the edge of steps, handrails, landings and exit doors in power-off conditions (which can easily happen when fires, explosions and storms affect electrical service). They are the fail-safe solution that studies have proven effective at making evacuation safer and speedier. 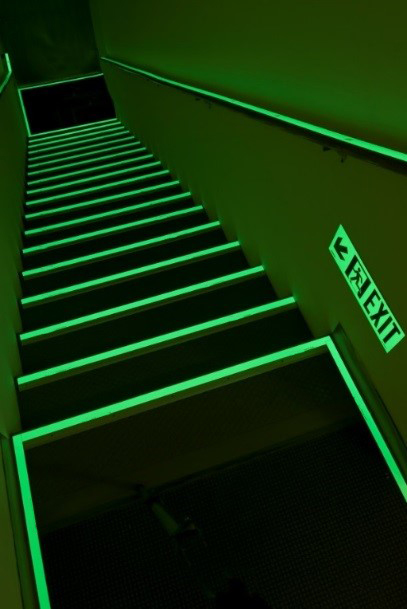 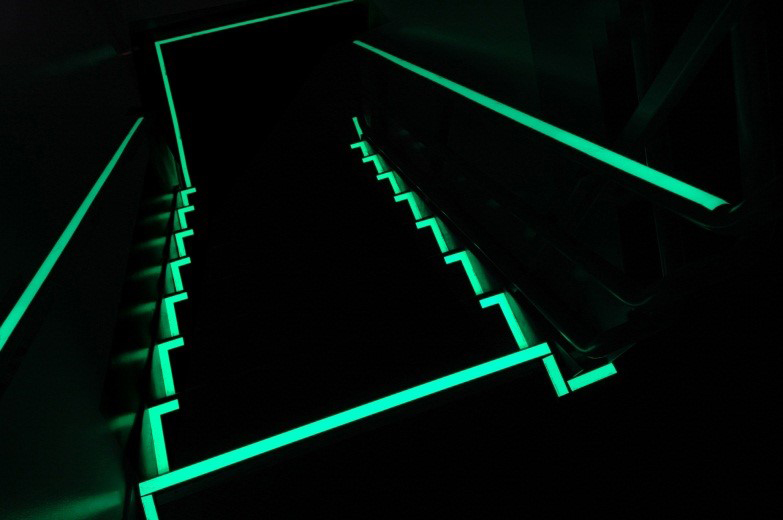 Solving the Problem – Good Planning and Clear Communication
As a building owner, planning and then effectively marking your evacuation routes and assembly points outside your building is the new norm. Doing so will not only help people safely find exits in times of crisis but will visibly demonstrate your concern for life safety and your willingness to implement standards-based “best practice” methods which, though probably not mandated by law for your site, represent the state-of-the-art for this purpose.